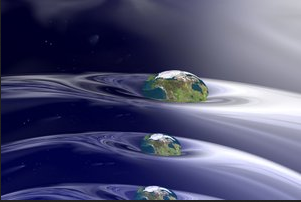 My example reappeared—a video I’ve been longing to share.  Once, I blinked and it was gone, and now it’s back, which is fortunate because it perfectly illustrates the kind of moment those of us who love to teach cherish.

Of course, I could rely on a story about the the time I was teaching an Intro to Lit class, and a student upended my interpretation of a piece of fiction by positing a brilliant one of his own. I could leave you with the fact that it took a few minutes to gather my wits—for they weren’t ready for the sheer brilliance of his reasoning—before I let that student guide the class through his analysis of the piece, even though every bit of imagery had already recrystallized for me and fallen into place accordingly.  And I could conclude by saying that the discussion which ensued energized everyone in the room.

But I’m not sure relating the experience will have the same impact without the video.

I can’t remember exactly when I saw it, but I believe it was within the past year or so. I was looking for a performance of Chopin’s Ballade #4 in F minor, and was drawn to one by Arthur Rubinstein.

Because I liked his interpretation better than most of the others available, I searched for more of his performances. Among the many lovely recordings—some of which I’d heard before, and, in fact, owned, were several videos made of master classes he’d given in Israel. The first two were of him coaching a talented young man through Chopin’s Ballade #1 in G minor, which is still available, and well worth seeing, especially for anyone who plays.  The third video was of him listening to another young man, named Ephraim Laor,  play the end of Beethoven’s piano sonata in E minor, Op. 90, first movement, and the beginning of the second.

As you watch, look closely at Rubinstein’s face, the changes in his expression as he listens.

I can easily imagine how Mr. Laor felt. Students want their teachers’ approval. When the teacher is a legend like Rubinstein, that approval is like a blessing from God.

But for the teacher, a moment like this is rejuvenating.  It is so easy for us to  fall into ruts, standing in front of  classes term after term. It is far too easy to become complacent and self-satisfied, to become numb.

That’s why I’m delighted that this masterclass video is back. It’s one thing to hear a retired teacher describe the effect an exceptional student has on them, but quite another to see one of the greatest pianists in history experience it.  Occasions like these are revelations. They break us out of our routines, and inspire us. They remind us how great a thrill it is to learn.

(For more about Ephraim Laor visit his web site)