How many of us remember childhood taunts shouting “Your mama wore combat boots” when we were in elementary school?

Well, my mother wore combat boots!  She joined the Women’s Army Corps (WAC) in 1943 and for two years had a remarkable experience in war-torn Europe working as a stenographer in the medical intelligence division of the Army.  She was stationed in London, England before D-Day and during the German buzz bomb attacks after D-Day. She was then stationed in Normandy and Paris, France after its liberation.  Because of her high school French, she acted as an informal French translator.  Finally, in August 1945, she was stationed in Frankfurt, Germany as part of the Army of Occupation and witnessed first-hand the devastation of the country.  But like most of her generation, she rarely talked about her service.

However, in October 2007, everything changed.  My mother received a letter from the daughter of her last surviving WAC buddy that her mother had passed away. This unfortunate event gave me the spark to begin writing my mother’s story and see it through to the end while my mother was still alive ……she was 91 at the time.

This project began in earnest in January 2008. I had a suitcase of letters that my mother wrote home while in the Army that her family saved.   Included in that suitcase were over 350 letters, photos, and newspaper clippings. My mother had labeled all of the pictures with names, dates and location.

Writing a book based on letters from the 1940’s was a formidable task. In order to be able to use these letters in a book, I needed to read them and to transcribe them—about 1000 pages typed.   I also needed to be familiar with the content so I would have a general idea of what I could cut out since no one would read a 1000 page book of letters.   It became a family project as my husband, sister, daughter and son all helped in the transcribing part.

Even as we were transcribing the letters, I began going to the Pritzker Military Library in downtown Chicago for research.   I consulted with the head librarian for guidance and direction while researching and requesting books about women and the military in WWII.  Because of censorship, my mother could not write about her work or where she was located, she could only write about pleasant events, sightseeing, and boyfriends.  I had to investigate and put historical context around the letters so that the book would put proper perspective of the events occurring at that time.

Collaborating with my mother on this project was a strange experience. It is impossible to know what your parents were like before they married and became parents, but using my mother’s actual letters and photos felt like being transported by time machine to another era. My mother was so excited that we were writing her story because she always wanted people to know about the role that women played in the military in WWII. We were offered a contract with a traditional publisher, McFarland Publishers, who were planning on launching a series about women in the military.  Using the actual wording from my mother’s letters made “Mollie’s War” a first person account of WWII in Europe.   Peppered throughout her letters was the fact that she wanted to write a book… and it happened—only 65 years later!  Seeing the smile on my mother’s face when she held her book, “Mollie’s War,” in her hands was priceless. 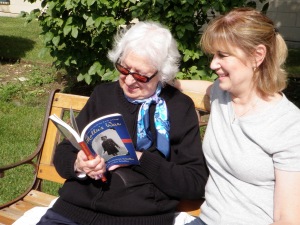 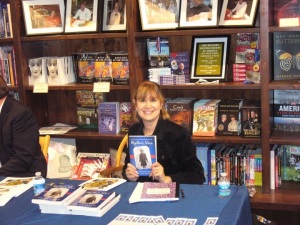 Cyndee Schaffer, published author of “Mollie’s War” and editor of the monthly Midwest Writers Association newsletter, received a BS in math education from Northwestern University and a MS in curriculum development from DePaul University. Cyndee’s work experience has taken her into three divergent careers.   First, she worked as a high school mathematics teacher in the inner city of Chicago. She co-wrote and edited mathematics textbooks for several publishing companies.   Her next career led her into the “human side of computers” as an IT consultant writing training materials, conducting corporate training and testing computer systems.   In 2008, she changed careers again and collaborated with her 91-year-old mother writing a book based on the letters that her mother sent home to her family while serving as a WAC stationed in Europe during WWII.  “Mollie’s War” published by McFarland Publishers in 2010 is the result of this endeavor.  Her mother passed away in April 2012 at the age of 95 but Cyndee continues to share her story by speaking to groups including veterans groups, libraries, senior living facilities, women’s groups, men’s clubs and other organizations. She discusses the writing adventure from inspiration to publication.

“Mollie’s War” won first place in biography/memoir at the 2012 Royal Dragonfly Book Contest, a bronze medal in autobiography at the 2011 Stars and Flags Book Awards and was a finalist in the 2011 Chicago Writers Association Book of the Year contest.  You can read more about the book at www.mollieswar.com. 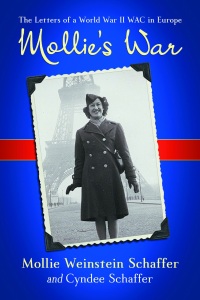