The title, which refers to a line in one of my favorite poems, “Stopping by Woods on a Snowy Evening” by Robert Frost, immediately caught my attention. Even though I was in the midst of holiday preparations, I took the time to read it because of the title, and the fact that Orna writes beautifully about every subject she chooses. Very quickly, I was glad I had. I had been trying to think of new ideas for Music and Prose, and now here was one, wrapped like a gift, in Orna’s lovely post:

“… listening to audio books has become my favorite pastime while driving. I feel they add life to the written text, and ignite the imagination.”

What better way to express the belief central to every Music and Prose post? That language is an art of meaning and sound?

I was so inspired and excited, I contacted Orna to ask if she would be willing to engage in a conversation with me for Music and Prose about the sound of language, and to my delight, she said, “Yes.”

And so, it is my great pleasure to share our discussion with you….

BF:  There are so many places we could begin, but it occurs to me that it might be best to start with those experiences that led us to develop an aural relationship with literature. My first experiences with literature came from being read to as a child. Because I already had a love of sound, and my parents were expressive readers, I instantly related to the tones and rhythms of the text. Was this how it happened for you?

OR:  I believe it all started with the radio, I don’t remember my mother reading a lot to me when I was little. But I always loved the radio and especially radio plays. I read that over one million people watched on television the Coronation of Queen Elizabeth the 2nd in June 1953. It was a year-and-a-half before I was born. Until the beginning of 1970’s we didn’t have a television set at home and Israeli television only started broadcasting around 1966.

As children we listened to children’s programs. I don’t remember much of their content, but as a result of some of them my brother and I, together with a cousin, started our own secret society. In our games, as in life, we followed my brother’s instructions (he was always my inspiration, and besides he was much older than us). Most of the children’s program were in the early afternoon, after school programs.  However,  we were also allowed to listen to the best radio drama, at night. It was the program that everyone listened to, about the detective Paul Temple.  I just Googled it and found that it was a well know British radio drama which was translated into Hebrew from English.

BF: Ah, radio…. You know, there’s a popular Saturday afternoon radio show around these parts called “Those were the Days”, which features recordings of old broadcasts from the 1930’s and ’40’s.” Of particular interest to me in that show are the wonderful plays, such as “Sorry, Wrong Number,” which were introduced to so many on radio. In some ways, I think radio allows the listener multiple benefits: it provides the enactment dramatic works need in order to give them life, and it gives the listener/audience a chance to exercise their imaginations, fill in with images. In a concrete way, it is the best of both worlds—theatrical and literary—and a superb introduction to writing. As a bonus, it also allows the listener, who is not distracted by action on a stage, to really hear the dialogue and words, savor the language itself.

OR: You are right, radio makes the imagination work harder. For me it is the perfect medium. I have vivid memories of my father listening to the radio (especially classical music and news), and my brother, who is a journalist. He started his career in the Israeli public radio and has been working for many years in public television.

BF:  Wonderful, and what an impressive and distinguished career he’s had.  It’s interesting that he moved into that medium, and you moved from radio into print. Yet you point out in your post,  how ideal the medium is for drama, particularly the works of Shakespeare.

OR:  Yes, listening to the records of Shakespeare’s plays helped me understand them better, and they suddenly came to life, especially when I read along with the record. Then Shakespeare was no longer  an old difficult text, but a funny or a sad drama.

Later I read with my girls, usually in Hebrew. At the time we lived in the US, and they learnt to read English very early and read very fast, thus they had no patience to read together. But they wanted me to read aloud in Hebrew.

Years later I discovered that audio books were perfect for long distance driving, I loved listening to them. This method also helped me tackle some difficult texts that otherwise, I don’t think, I would have had the patience to read, like Bleak House.

In the last couple of years, I have been listening to another radio program This American Life, on PBS, and it is a source of inspiration for me. I listen to it regularly as I skate in the park and often write down key words and sentences which I later use. In fact, the last program of This American Life, which just aired, was about radio drama.

Once a week I read aloud with a young friend (she is 10). She is very smart but doesn’t like to read. It is a great fun when we do it together. (I wrote about it in two posts: “Can Great Literature Save Lives?” and “Ramona the Reader or What Can We Learn From An 8 Year Old Girl?”)

BF: I find it interesting that your daughters prefer for you to read to them in Hebrew. Is there a reason for this beyond their greater familiarity with the language?  I ask because every language has its own unique characteristics.  I remember having to sing an aria in English, when the original text was in Italian, and hating it. Everything about the pairing felt wrong to me, as though even the words’ meanings were fighting with the music.

OR: An important reason why, when we lived in the US, I  read to my daughters in Hebrew was that I couldn’t find  translated literature in the library or in  used books stores. Almost all the children’s books around were written originally in English. I looked for the books which I read (and loved) as a child, and wanted to share them with my girls. Somehow it was very important for me that they would read them. Since most of the books in Hebrew are translated from different languages it has always been easy to find great children books in Hebrew.

I also wrote about that challenge in several posts: “Judging a Town by its Library”, “God’s language – translated literature and subtitled film”, and “Balancing between Instruction and Delight—Erich Kastner”. 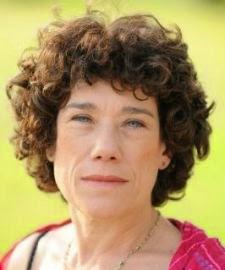 About Orna B. Raz:

I live in Israel and have been teaching ESL for almost twenty years. I write about literature, cultures, women and education. My main area of research is British literature and society, specifically the cultural scene of the 1950s. I also enjoy translating Israeli poetry into English You could find research material and translations in my site on Blogger.